The Evil Within: teaser trailer

Take a look at the upcoming survival horror game, The Evil Within, with this live action teaser trailer. Due out later this year on Xbox, PS3 and PC its being developed by Tango Gameworks and published by Bethesda.

What we know so far, the game revolves around Detective Sebastian and his partner who rush to the scene of a gruesome mass murder. A mysterious, powerful force is lying in wait for them. Witnessing the killing of fellow police officers one after another, Sebastian is then attacked and loses consciousness. Waking up in a land where monsters are wandering about, he has to fight his way through a world of death and his close friend’s madness in order to understand what’s going on. Sebastian has to face his fears in order to survive on a journey to discover what lies in the shadows of that mysterious force, more to follow soon. 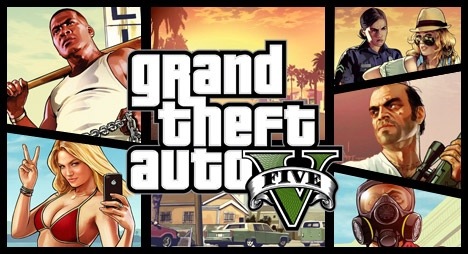 Trouble taps on your window again with this next chapter in the Grand Theft Auto universe, set in the city of Los Santos and its surrounding hills, countryside and beaches. A bold new direction in open-world freedom, storytelling, mission-based gameplay and online multiplayer, Grand Theft Auto V focuses on the pursuit of the almighty dollar in a re-imagined, present-day Southern California. Take a good look at 2013s most anticipated game here ->>

Disney Infinity is coming… to get you

One, two Disney‘s coming for you! Three, four better lock the door

Due for release this August, it will be the game that every kid wants and every parent fears. Disney Infinity is set in a fantastical world where players have unprecedented freedom and endless opportunity to create stories and play experiences starring the beloved characters from Walt Disney and Pixar Animation Studios’ most popular franchises.

There are two main modes in this game, Play Set and Toy Box. Each character play set is essentially a self-contained world with its own gameplay, based on a specific movie or series with recognizable characters and storylines. Characters from one world cannot enter into another world, but players can put any character together in Toy Box mode.

In the mould of Skylanders you will soon be forking out for the game, portal and characters… Enjoy! The starter pack comes with three figures – Mr Incredible, Jack Sparrow and Sulley. At launch there will be over 20 characters and toys available which Disney will continue to add too throughout 2013. You’ll also get one Power Disc in the starter pack which can be put under your characters to give them extra abilities.

So parents of the world just when you thought the collection was almost complete it’s time to start all over again Disney style. If things go their way, oh and they will, every child will be collecting these new figures. The Skylanders, which have already raked in over £500m of our money, will be soo not cool, pushed to one side, gather dust and eventually be sold at car boots across the country for 50p. Its all part of the circle of life, If you don’t believe me just watch Toy Story 2 that will explain it. You see we were all like this once, I remember making my mum queue outside of Toys R Us for 5 hours to get my Teenage Mutant Hero Turtle action figure.

And don’t worry it’s getting released on every format you can think of so there is nowhere to hide.

Road Rash to get a kickstarter… kinda

Road Redemption has become the latest project to get a kickstarter. Darkseas games aim is to bring back the classic Road Rash-style gameplay, with next-gen graphics and online play.

The project has been in early development since last year and is aiming to be the spiritual successor to the original. Set for release in July if funding is successful, initially the game will release on PC and eventually porting to consoles. Road Rash creator Dan Geisler has also expressed his desire to launch a kickstarter for a true successor as long as there is enough interest.

The good guys of IGN are proud to offer an exclusive closed beta weekend for Marvel Heroes. Running from April 13th through 14th, the beta weekend is free to all readers!

How to Redeem Your Marvel Heroes™ Beta Key
1. Register an account on MarvelHeroes.com
2. After registration, click “REDEEM KEY” in the Account Management page
3. Enter the key *exactly as shown* (including hyphens) and no space before or after
4. Once you see the message “key redeemed successfully” click HERE to download the game client. Remember: While you will be able to install the game, you won’t be able to access the game until 13/04/13.
5. If you encounter any problems, please contact support@marvelheroes.com

To celebrate Flashbacks 20th anniversary Ubisoft, along with the games original creator, are to release Flashback HD on the PSN and XBLA.

The game will use the Unreal engine and be fully rendered in 3D  although you’ll still be playing on a 2D plane. Check out the trailer here. 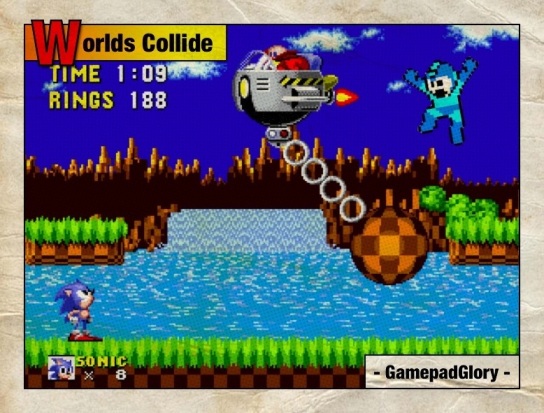 Two of the most celebrated icons in video game history will come face to face for the first time ever in this summer’s most anticipated comic book crossover – Sonic the Hedgehog/Mega Man: Worlds Collide! Prepare for the ultimate battle of good versus evil when these true blue heroes team up against the nefarious doctors Eggman and Wily, showcasing fan favorite characters from each of their respective video game universes. This epic 12-part crossover kicks off April 10 and will span three comic book series – Sonic the Hedgehog, Mega Man and Sonic Universe. Don’t miss it!

Sam Fisher coming to Wii U

Splinter Cell: Blacklist will be heading to the Wii U this year Nintendo have confirmed. Blacklist will integrate Gamepad functionality to allow players to control gadgets, take out enemies, move through the environment and switch between weapons, as well as other features. Motion-based input will also have a role to play alongside the peripheral’s standard touch screen functionality.

The game will launch this August and will also be available on the Xbox 360, PS3 and PC.

Street Fighter: Legacy has become something of an online phenomenon since it was posted back in May 2010. With over 8m hits Capcom have granted its makers the rights for a series.

The kickstarter is now live and needs our support –>

The Last of Us: PS3 teaser trailer

Developer Naughty Dog brings their latest creation,The Last of Us, to the PS3 on the 14th June 2013. The game focuses on two survivors, Joel and Ellie, trekking across a post-apocalyptic in a brand new entry into the survival horror action-adventure genre.